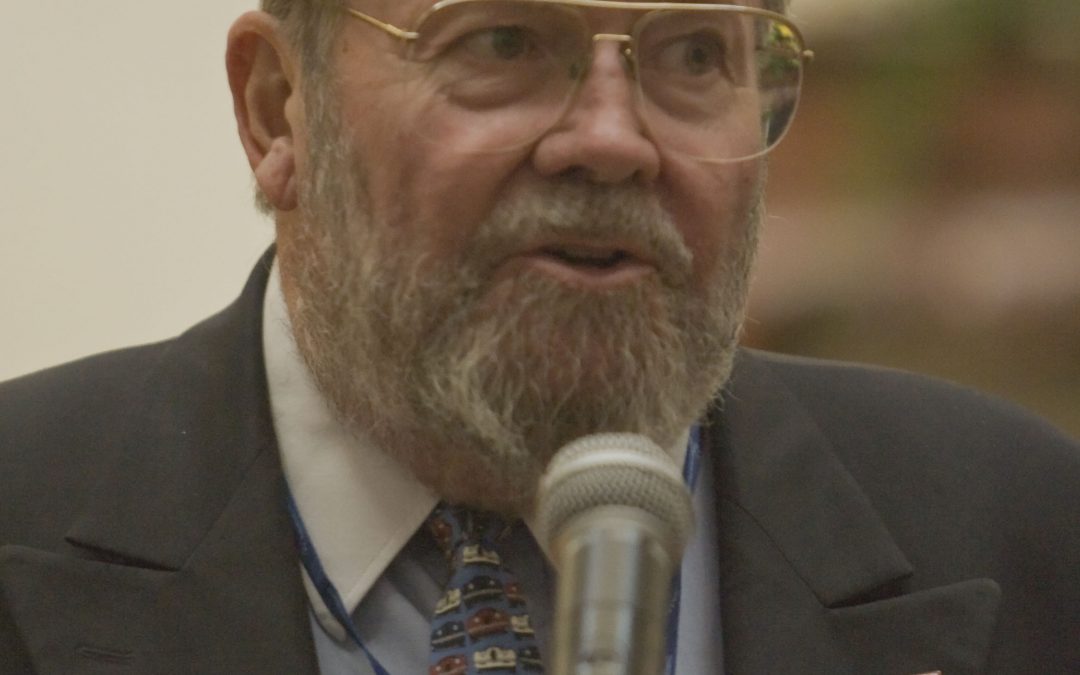 JOHN HAROLD HAYNES OBE
25TH MARCH 1938 TO 8TH FEBRUARY 2019
It is with great sadness that we announce the death of John H Haynes OBE, the creator of the famous Haynes Manual, founder of the Haynes Publishing Group PLC and the Haynes International Motor Museum. John passed away peacefully surrounded by his family on the evening of Friday 8th February, aged 80, after a short illness. John was a kind, generous, loving and devoted husband, brother, father and grandfather, who will be missed enormously. Our thoughts and prayers are with his wife Annette, his brother David and sister Mary, his sons J and Chris and their families.

John Haynes, the entrepreneur and creator of the Haynes Manual, founder of the Haynes Publishing Group PLC and the Haynes International Motor Museum passed away peacefully, surrounded by family, on the evening of Friday 8th February, aged 80, after a short illness. John was a kind, generous, loving and devoted husband, brother, father and grandfather, who will be missed enormously.

John Harold Haynes was born on 25th March 1938 to Harold and Violette Haynes in Ceylon, where his father was the manager of a tea plantation. From an early age John had a passion for cars, and as a child he loved nothing more than riding around the plantation with his father in their Morris 8 saloon.

At the age of 12 he moved to the UK with his brother David, to attend boarding school at Sutton Valence School in Kent. It was at school that John’s flair for art and his entrepreneurial spirit developed and flourished. He persuaded his House Master to allow him to miss rugby and instead spend his time converting an Austin 7 into a lightweight sporty Austin 7 ‘Special’. He eventually sold the car, making a reasonable profit, and owing to the immense interest it received (over 150 replies to the advert) he decided to produce a booklet showing other enthusiasts how he’d made it. He published a booklet entitled “Building A ‘750’ Special’; the first print run of 250 copies sold out in 10 days.

After leaving school John joined the Royal Air Force (RAF) to do his National Service, where he made many lifelong friends. During his time in the RAF his role in logistics taught him business management skills, while enabling him to pursue his passion for motor racing and publishing in his spare time. He successfully developed and competitively raced several race cars, including his Elva Courier, which is on display in the Haynes International Motor Museum.

It was whilst in the RAF that ‘Johnny’ met Annette, and he soon realised he had met the woman he wanted to spend his life with. On his way to their wedding he stopped to buy Annette a second hand IBM Proportional Space Type Writer as her wedding present. Although perhaps not the most romantic of gifts, Annette was delighted with his practical choice, setting the stage for a bright future together.

In 1965, John was posted to Aden and it was there that he created the first Haynes Manual. An RAF colleague had bought a ‘Frogeye’ Sprite, which was in poor condition and he asked John to help him rebuild it. John agreed, and quickly realised that the official factory manual was not designed to help the average car owner. He bought a camera and captured the process of dismantling and rebuilding the engine. The use of step-by-step photo sequences linked to exploded diagrams became the trusted hallmark of Haynes Manuals.The first Haynes Manual, for the Austin Healey Sprite, was published in 1966, and the first print run of 3,000 sold out in less than 3 months. To date over 200 million Haynes Manuals have been sold around the world.

The success of his publishing business, including expansion into Europe and North America, culminated in the Haynes Publishing Group PLC floating on the London Stock Exchange in 1979. In 1995 John was awarded an OBE for services to publishing, and in 2005 The Open University presented him with the honorary degree of Master of the University.
John’s publishing success meant that he was able to enjoy his passion for cars, and he became a prolific collector.

In 1985 he founded the Haynes International Motor Museum in Sparkford, Somerset as an Educational Charitable Trust, bequeathing his collection of 30 cars to the charity to be held for the benefit of the nation. John continued to support the museum charity throughout his life by donating cars and funding its growth, and thanks to his support the museum has grown and now displays more than 400 vehicles, and is enjoyed by over 125,000 people a year. At the 2014 International Historic Motoring Awards the museum was recognised as The Museum of the Year.
Until 2010 John served as Chairman of the Haynes Publishing Group and then continued to play an active role as Founder Director. In this role he supported the executive team as they created a world leading content, data and solutions business serving both drivers and professional mechanics. He combined this role with that of Chairman of Trustees of the Haynes International Motor Museum.

John was very much a family man and is survived by his wife Annette, brother David and sister Mary, his two sons; J and Chris, his daughters-in-law; Valencia and Femke and grandchildren; Augusta, Chrissie, Edward, Freya & Nicholas. His middle son Marc sadly passed away in October 2016. Annette contributed hugely to the success of the Haynes Publishing Group and she shares John’s lifelong passion for cars. She still serves as a much respected member of the Board of Trustees for the Museum.

A true gentleman, and a kind and considerate man, John will be greatly missed not only by his family, friends and colleagues but also by the many people that use his manuals, and benefit from his reassuring guiding hand as they repair and maintain their cars and motorbikes. The appreciation people felt for his contribution was most visible on an almost daily basis at the Museum’s Café 750. While enjoying lunch John was regularly approached by visitors, who would invariably be greeted with his infectious warmth and engaging, enthusiastic boyish smile. He was always happy to oblige fellow enthusiasts with photographs, engage in conversation and share his passion for cars.